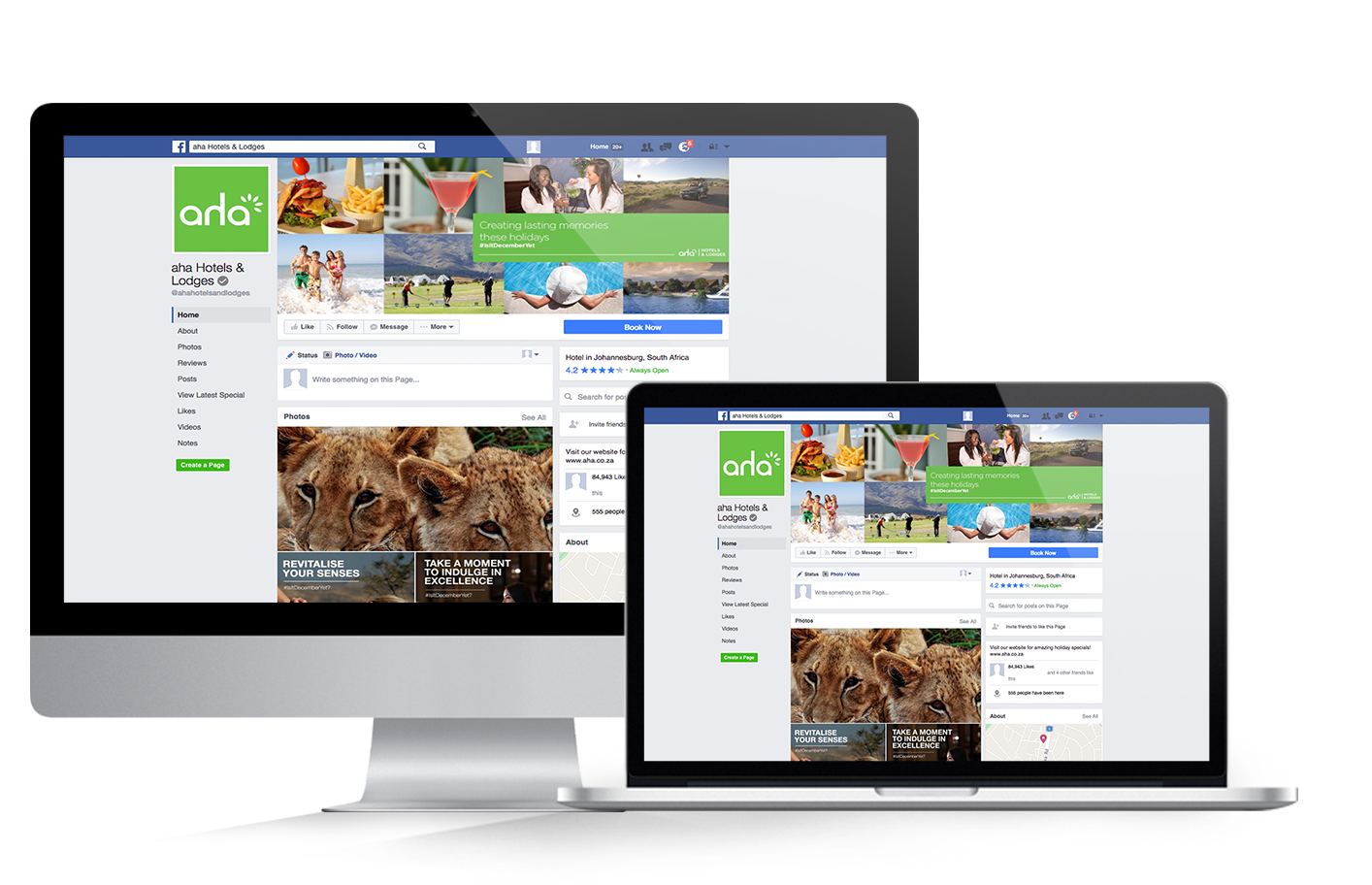 As Three City Group was an exceptionally well-established legacy brand, a massive awareness drive was needed to achieve a similar kind of recognition for the new brand.

The process was kicked off by first hosting a strategic workshop with aha’s executive team to determine what the company’s main strategic objectives were and what their goals were for the campaign specifically.

BWD then proceeded to compile a comprehensive campaign plan to best accomplish these goals, including a detailed implementation and project plan – with budgets. The campaign was centred on three key elements which collectively aimed to increase brand awareness, whilst also driving sales and bookings at aha’s facilities.

As the campaign commenced in the last part of the year, the first part of the campaign titled: ‘Is it December yet,’ was entirely focused on promoting aha’s various facilities and reminding potential customers that it’s time to make their reservations for the holiday season.

Due to its potential for mass exposure, social media was used as the main channel for delivery of the messaging. To ensure optimal engagement, a mix of audio and visual content was used, consisting of striking photos of some of aha’s facilities, as well as videos that were shot and produced by BWD’s in-house production studio. All material was promoted via catchy phrases and strong calls-to-action, with the intention to always drive traffic to the website and increase chances for bookings.

Conversions were tracked and measured. This phase of the campaign yielded no less than triple the value of aha’s investment in bookings.

The second part of the campaign comprised a cooking competition titled: ‘Taste of aha.’ The purpose of this phase was to promote the fact that aha also has world class chefs and culinary skills on board and that there are a host of top aha restaurants that the public close to these facilities can enjoy, without necessarily sleeping over.

The competition was rolled out on Khaya FM radio station, as well as on social media platforms. The mechanics of the competition were as follows: every day, aha’s head chef, Chef Renzo, listed a number of ingredients that was announced on both these platforms. Entrants then had to design and submit a recipe that consisted of those ingredients within a predetermined period of time.

Chef Renzo evaluated the recipes and appointed a daily winner. Daily winners won a cash prize and stood in line to be selected for a final cook-off, for an overall grande prize of R20k. The final cook-off was an illustrious affair that took place at aha Lesedi Cultural Village close to Lanseria Airport and was well-attended by well-known foodies and members of the media.

The campaign gained mass participation and was well covered by the media. In addition, BWD was able to add value by negotiating radio coverage for the competition, at a fraction of the usual price.

The final phase of the 12-month campaign for aha was purely aimed at creating mass awareness and involved a series of beautifully crafted print ads in strategically selected magazines such as Mango Airlines’ inflight magazine Juice, as well as Getaway, plus billboard ads at key locations on the N1 and N3 highways. 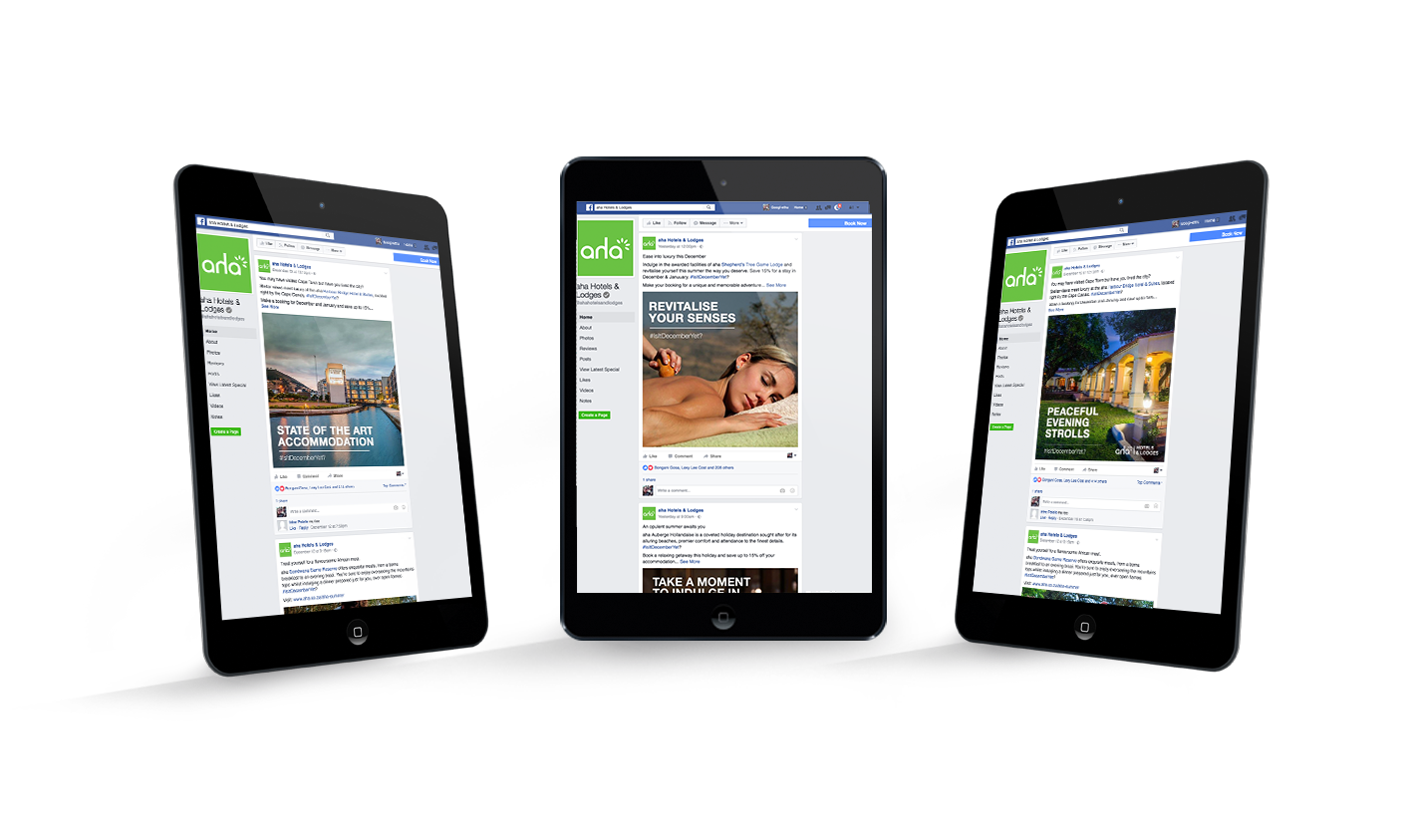 Due to its full service agency capability, BWD was able to render a turnkey solution for aha’s entire 12-month awareness campaign.

The fact that all the various elements of the campaign were managed by a single entity furthermore ensured complete integration and alignment with the overall strategic objectives of the campaign.

BWD management remained hands-on involved in the project and closely worked with aha’s executives throughout. The agency was also flexible enough to accommodate ad hoc requirements and incorporate changes at reasonably short notice.

Overall, the campaign was successful, as it reached and exceeded its targets in terms of increasing brand awareness, driving sales and yielding a good return on its marketing investment. 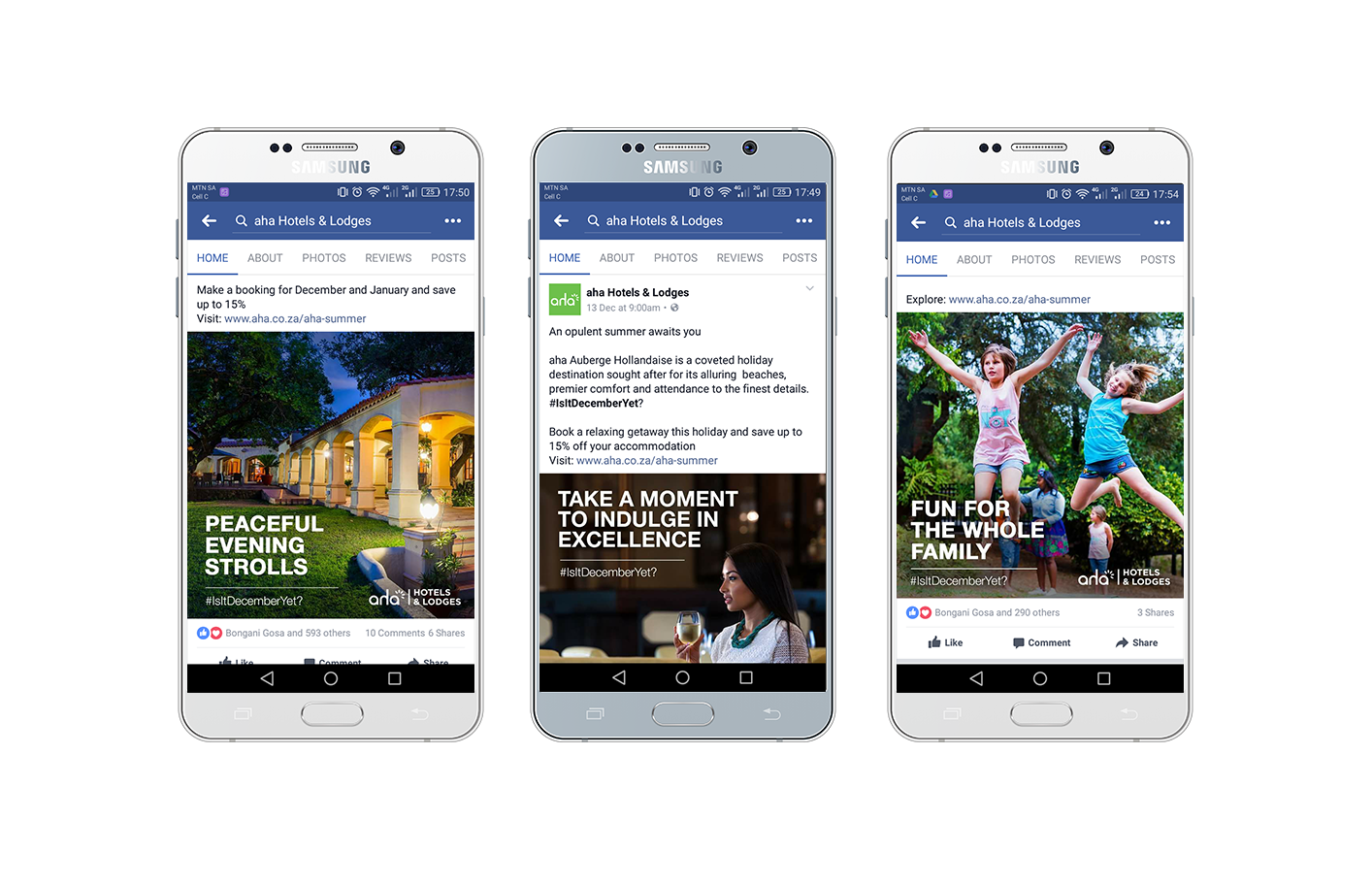 In the first week when the campaign launched, we were able to increase Facebook reach to close to sixty-thousand and the Facebook engagement was up by almost 2’000%. This was a good indicator of the campaign relating to the target consumer and it is expected to continue to do so. The campaign is on-track in meeting the initial objectives of the campaign.